Back to Posts
business reallife

My Experience Selling To Private Equity (Part 1 -- the Good)

During this Part 1 of 2 series, a ghost writer talks about why he sold his Ophthalmology practice to private equity and why you might want to as well. 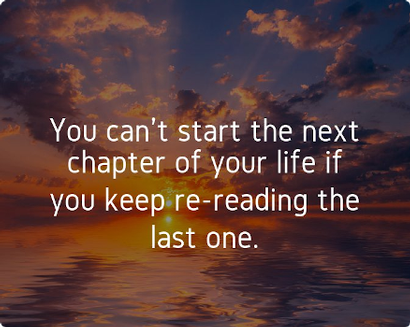 There has been much written (and talked about) in Ophthalmology circles about how private equity has impacted our field.  Many of these sources of information have no actual personal experience with the process, or are significantly biased either for or against private equity (PE) being in our field.  I find that many people's opinions are based on self-validation:  i.e. they want to justify whatever has happened in their lives.  For example, many of those that work for Kaiser believe that their model of healthcare delivery is superior, and that anyone who owns a private practice must be swamped with administrative work on the weekends and/or they are practicing unethical Medicine.  Similarly, those who were left out of the recent flurry of PE-backed acquisitions demonize PE as the "end of Medicine" or can only point out its negatives without even having personal knowledge of the acquisition details.  Conversely, those who sell to PE tend to sugarcoat it to make their lives and careers seem better than reality especially if they are writing for a throwaway journal article.

I am writing just to give you my personal experience with being acquired by private equity.

I am a comprehensive Ophthalmologist who performs mainly cataract surgery, LASIK, as well as a variety of other anterior segment procedures (e.g. trabs, tubes).  My practice has its own ambulatory surgical center (ASC), optical shop, and a few satellite offices.  We employ some optometrists and also co-manage some of our cataract surgery with referring ODs.  Prior to being approached by private equity, my take home compensation was low 7-digits, so I was far from "needing" to be bought out.  I am a mid-career eye surgeon, though I wish I could still consider myself a "YO" (Young Ophthalmologist)!  So when PE came sniffing around, why would I consider giving up my autonomy since all the gears of my practice were chugging along?  Well first of all, I was introduced to the concept by some other very prominent eye surgeons who I greatly admired for their surgical skill, ethics, and business acumen.  These leaders, who were the initial acquisitions of the PE group, introduced the concept of being part of the "platform" (i.e. first ones in) and its financial benefits.  Second, given the climate of ever-declining reimbursements (20% cut in surgeon fees anyone?) and the writing on the wall that we may be heading to socialized medicine, I saw a PE-buyout as an attractive hedge against future turmoil (more on this later because of COVID19).  Third, the buyout amount was just too good to pass up.  Sure, I could probably earn more money over the course of a long career if I retained full ownership.  However, that assumption was based on two main premises:

The Decision (no, I am not Lebron)

Let's be real here.  The #1 reason people sell to private equity is because the numbers make sense.  I was no different.  I was offered an (redacted) total compensation package, which satisfied my personal financial projections.  However, unfortunately for us doctors, PE groups are smart and know you will not have any motivation to work if they give you the entire amount in cash upfront.  Thus, most firms will pay you a certain percentage in cash upfront (e.g. 60-75%), with the remaining balance spread over 3 to 5 years contingent on some benchmarks (e.g. >80-90% of current revenue).  Alternatively, the deal can be structured so that a certain overall percentage is cash (e.g. 80%) with the remainder (e.g. 20%) given in stock in the newly-formed mega practice.  This latter structure incentivizes the doctor-seller even more to keep working hard, because some of his/her payout is tied to the mega practice doing well with the hopes of being acquired by an even bigger fund at a premium.  This "second bite" theoretically can increase the value of one's shares by 20-30% leading to an even larger total compensation.  One thing that people sometimes do not realize is that everything is negotiable.  I rejected the PE's first offer and managed to obtain a total compensation package that was 33% more!


So what were some of my thoughts in deciding on whether the "number" was enough?  I created a spreadsheet that detailed the projected net proceeds over time based on a conservative market return of 5%/year.  This is a simple net present value calculation comparing the two scenarios.  What you may not know is that a large proportion of a PE buyout is treated as capital gains and thus taxed at a significantly lower rate compared to nominal tax rates.  This little tidbit factors greatly into one's financial projections.  Obviously, the projection favors the PE buyout if you predict that income tax rates will increase in the future.  Conversely, the projection favors not selling out if you think that income taxes will decrease, insurance reimbursements will increase, or the stock market does not return a certain % per year.  Obviously by taking the deal, I felt that there were too many future unknowns and believed that taking the deal was the "safe bet."  And now that we are all going through COVID19, I thank a higher deity every day that I sold when I did.  I cannot imagine how stressful it must be to be financially on-the-hook during these times.  I remember when I owned the practice, how much money I would "lose" by not working one week.  I cannot imagine what it must feel to own a place that is effectively closed down for 2 months.  I truly sympathize for all small business owners during this pandemic since many will not recover and instead will be left with emotional scars.  Of course, I am still motivated for my practice to survive and succeed since some of my compensation is still tied up.  I am also very motivated for the sake of my employees whose loyalty contributed to my success.  But to say that I am not partially relieved that I took the deal would be disingenuous.

How one goes through a PE deal is not rocket science.  With any acquisition, the buyer will gauge the interest of the potential seller.  This will consist of what humans normally do:  communicate via phone, email, and meeting each other in person over dinner.  These initial discussions will allow both sides to gauge the feasibility of the deal and whether both parties want to invest the significant amounts of time and money into proceeding with due diligence.  If both parties are willing to proceed, then typically a "Letter of Intent" (LOI) is drafted to spell out the very basic terms of the deal (e.g. total buyout amount [aka "the consideration"]; the breakdown of cash versus stock; the deferred compensation schedule; non-compete basic terms).  This is not a final, legally-binding document, but at least it gets both parties on the same page and shows good faith that both parties are serious in completing a deal.  Also note that the financial amounts can change if the represented financial health of the company is actually different from what was stated during the initial communications.  Also typically, the LOI will require that the doctor-seller not engage with other potential buyers or disclose specific terms of the buyout.  It is considered faux-pas to have multiple LOIs at the same time.  The LOI also authorizes the buyer to be able to view all of the financial statements of the seller (i.e. due diligence).

During the due diligence phase, each parties' accountants will comb through at least 3 years of financial statements (e.g. balance sheet, income statement, tax returns) to calculate the actual valuation of the company.  There are standard accounting methods of calculating a company's EBIDTA (earnings before interest, taxes, depreciation, and amortization) which is the key number representing a company's profitability.  There may be some negotiation at this point to determine the company's "adjusted EBIDTA" which is EBIDTA plus or minus one-time financial events.  For example, if you just donated 100k to a mission trip prior to being approached by PE, you would not want your EBIDTA to be lowered by this likely one-time event.  Conversely, if the company just received 100k of grant money for a research program that is unlikely to continue in the future, then the PE group will not want to include this non-recurring revenue in its adjusted EBIDTA.  Thus, both sides will negotiate for an adjusted EBIDTA since the total buyout amounts are typically based on a multiple of it.  I received ~10x multiple of adjusted EBIDTA which is considered reasonably good for a medical practice.  Of note, most PE groups are not interested in being real estate holding companies.  Thus, if you own your office building, it is unlikely that the PE group will want to buy that as well.  Thus, you will have to negotiate separate lease agreements with the PE firm to rent out your building.

After the due diligence satisfies the PE group's expectations of the financial health of the company, then comes the drawing up of the real transaction documents.  This will also represent the longest phase of the process as every detail can be (and probably should be) negotiated.  Basically, every possible scenario will be spelled out; for example:

Though I do not advocate paying a lawyer for every single thing in life, this is definitely one time you need to hire someone really good.  A 100-200k lawyer bill will be well worth it to ensure that everything aligns with your goals of this deal and also to make sure you are taxed advantageously.  This phase of constructing the transaction documents took ~6 months and, yes, it was a total P.I.A.  Imagine reading hundreds of pages of legal-ese, making little adjustments here and there, forgetting what you read 2 hours prior, and you will get the idea.  I "fondly" remember reading one of the final drafts of the documents, in the middle of the night, while trying to enjoy a vacation with my family.  But like anything in Life, the more effort you put into something, especially one with higher stakes, the more reward you will realize.

After all of this work reviewing documents, and the financial jackpot at the end, one would think that I was ecstatic on closing day.  In truth, my emotions were somewhere in the middle and even a little sad.  I am sure that part of this melancholy was because I was mentally exhausted from the ~9 month process.  But I think another part of me wondered (and worried) about my employees' fates and also how they would perceive me.  Though seeing those funds being wired into my brokerage account was nice, it was just some digits on my phone.  I was doing well even before PE entangled itself in my life.  Would these extra digits really improve my happiness?  Even to this day, I constantly wonder what could have been if this practice still remained 100% under my control.  But then, these thoughts are quickly brushed out of my mind when events like COVID19 occur.  Then I realize I made the best personal decision for my family based on the information I had at the time and according to my own risk tolerance.  But of course, not everything is rainbows and unicorns in PE-land.  But those stories will be told in Part 2 of this series.