Back to Posts
reallife covid19

Musings in the Time of COVID19

Rupak Bhuyan, MD is the winner of our first ever essay-writing contest! Dr. Bhuyan reflects about his personal experiences as a 1st-year Ophthalmology resident in New York City during the COVID19 pandemic. 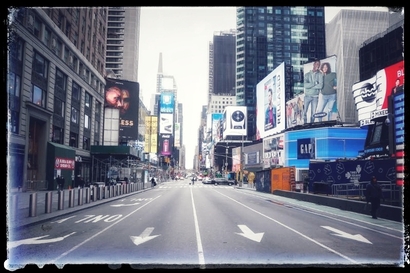 There were warnings. Personal warnings. A friend asked if she should start buying toilet paper in bulk. I scoffed and told her to avoid falling for the hysteria. Mea culpa. An exhaustive online search soon revealed that the only toilet paper available was an organic made-from-the-rawest-natural-trees triple-ply deluxe comfort wipes that were outside my budget. Clearly not an oracle on toilet paper economics, I settled for the last package of sad single-ply sandpaper deluxe comfort wipes on an otherwise empty shelf of a corner store. Dark omens indeed.

But the early days were also exciting, in a sense. Clinics ground to a halt, and all elective surgeries were cancelled. More time at home hearkened back to those cherished snow days of yore. Days of no school, snow angels, blanket forts, and hot cocoa. After all, these changes were just precautionary, right? In my ignorance, I hadn’t yet seen the smoke from conflagrations tearing through emergency departments. I hadn’t yet realized that instead of walking through snow, we were walking through ashes of a city on fire.

My first priority was to keep busy. Racing through Netflix, Hulu, Prime Video, HBO, CBS. It wasn’t enough; there were still too many hours left in each day. Grabbed one of the last Nintendo Switches in Manhattan. Tried out cooperative gameplay with my wife, though that came with its own challenges. We stopped playing Overcooked 2 because my inability to toss a grilled fish from my hot air balloon to hers legitimately threatened our marriage. Cooking together in real life was actually much less stressful, and we threw ourselves into this endeavor. Partly out of necessity, as delivery times averaged an hour and a half for the few restaurants still open. From Thai curry to French Quarter beignets, we used cuisine as a form of reverse travel. If you can’t go somewhere, bring the place to you.

But then we started reading the news, which made everything taste metallic. The reality of COVID-19 as a plague set in, and frustrations swiftly followed. I was frustrated at the lack of adequate PPE early on, and the need to store masks like prize jewels in paper bags. At mixed messages and misinformation circulated to the public, frequently from authority figures with no experience in science or medicine. At younger family members who do not realize the danger of visiting parents and grandparents. At the politicization of an issue that threatens societal demise. At those who call it the “Chinese” virus and treat Asians as lepers. At the unsurprising revelation that minorities and the underserved have been disproportionately affected. At myself for not knowing how to personally combat this discrimination that is largely a product of systemic forces. At those who refuse to acknowledge that this is happening, mask-less nonbelievers you can't even argue with because the only sensible method of in-person debate is a shouting match six feet apart.

Then came the counts. Case counts, body counts. Frustration transformed into fear. A collective understanding was reached in NYC: no one was safe. We acknowledged our vulnerability with solemn nods when passing each other on the streets. We ended conversations with, “Stay safe.” As if we could control when the scourge would knock on our doors. I certainly tried my best to keep the virus outside my home. Cover my hand with unused doggy poop bags to open doors. Elbows for elevator buttons. Then there was the intricate dance of reentering my apartment after a workday, which demanded the utmost attention. Leave shoes outside. Take off mask and clothes and deposit into a plastic bin. Sanitize keys/wallet/hospital badge/phone case/door knob with bleach wipes. All this while dodging my dog’s lunges and ignoring her eyes that scream, “Why do you deny my love?” Hopscotch into the shower in as few steps as possible (it helps to think the floor is lava). Exit the shower and then finally cuddle the pup. Disinfect, rinse, repeat.

But a more abject dread lived in hospitals, where we practically walked through clouds of COVID. Every one of my actions betrayed a deep anxiety. Stumbling through a passage about a rainbow while jogging in place under a hood for respirator fit testing. Reading and rereading the chart in front of a COVID unit that detailed the proper order in which to “don” and “doff” PPE—such funny words so out of place in this grave context. Fumbling with an indirect ophthalmoscope over my face shield. Agonizing over whether I really should take that Tono-Pen into a COVID room. Wondering if trucks outside were actually refrigerated morgues. Answering phone calls informing me that my corneal ulcer patients would never again require follow up. Passing by photos of nurses, security guards, and inventory managers who had succumbed. Wondering which picture they would use for me if I were next. Blanching at the thought of leaving my wife with hundreds of thousands of dollars in student loan debt if I died, the literal price doctors pay to become certified caretakers of the American public.

Fast forward a few weeks, though, and we finally seemed to be making headway. The city and its hospitals had developed stratagems. We couldn’t help but revert to what Susan Sontag so aptly referred to as the “military metaphor” in her seminal work Illness as Metaphor1. Fighting this foreign virus on the front lines, talks of “re-deploying” residents to where we were most needed until reinforcements could arrive. Reinforcements that literally included Navy providers aboard the USNS Comfort. A field-ready ICU was even set up in Central Park’s East Meadow, complete with guards and fences.

Following these drawn-up battle plans, I gradually regained a sense of composure. Unfortunately, that opened up space for a new prevailing sentiment: guilt. Guilt that I did not fall ill when others did. That I am an “essential” worker with a steady wage in the face of staggering unemployment. That I was not deployed to work in the ED or medical wards. That even if I were, I could offer little more than supportive care. That I’m still upset by the loss of my long-awaited vacation. That I may be an asymptomatic carrier, unwittingly facilitating this modern Black Death. It doesn’t even bother me anymore when parents instinctively shield their children from me when I walk by in scrubs.

Time, however, somehow tempered all of my emotions. All except one: creeping, inexorable malaise. It didn’t help that I was working fewer days per week to limit exposure. I eventually ran out of interesting TV shows, videogames, e-books, recipes, music, and home exercise routines. I grew tired of naps! Too bored to be properly scared anymore. Days melted into an amorphous blob of time, occasionally punctuated by dog walks or grocery runs. Every day, I stared out my window at that same decaying rooftop of an adjacent building and contemplated my ennui, not caring whether I talked to myself out loud or in my mind. Coronavirus stripped NYC of its loud and vibrant culture, leaving little more than a collection of silent shoebox tenements.

Or so I thought. Over time, I became increasingly aware of a few moments of clarity scattered throughout each day that would shake me from my daydreams. Rays of sunshine that cut through all the frustration, fear, guilt, and even malaise. A handwritten letter of support from ophthalmology residents at UCSF, with goodie bags of snacks and masks. Hearing that surges in pet adoptions are clearing out animal shelters. Fist-pumping whenever the Rocky theme song plays over hospital loud speakers to announce another successful COVID discharge. But the most powerful moment? At 7 pm each day, everyone opens their windows to applaud healthcare workers during the changing of shifts—or changing of the guard, as Sontag would have wryly remarked if she were still with us. Whoops and cheers, spoons and skillets, trombones and saxophones, cowbells and car horns. More than just a fanfare of gratitude, this is a roaring act of defiance against the pandemic. Many of us have died, and many still are. But we the people of New York, with dreams and ambitions even taller than our skyscrapers, will not be defeated. Anyone who thinks otherwise can fuhgeddaboudit.

Rupak Bhuyan was raised in Mays Landing, New Jersey. He graduated from Harvard University with a degree in neurobiology, and then attended the Perelman School of Medicine at the University of Pennsylvania. Having completed a medical internship at Montefiore New Rochelle Hospital, he is now a first-year uptown resident at the New York Eye and Ear Infirmary at Mount Sinai. He currently spends all his off-duty hours giving belly rubs to his Polish sheepdog, Mookie.